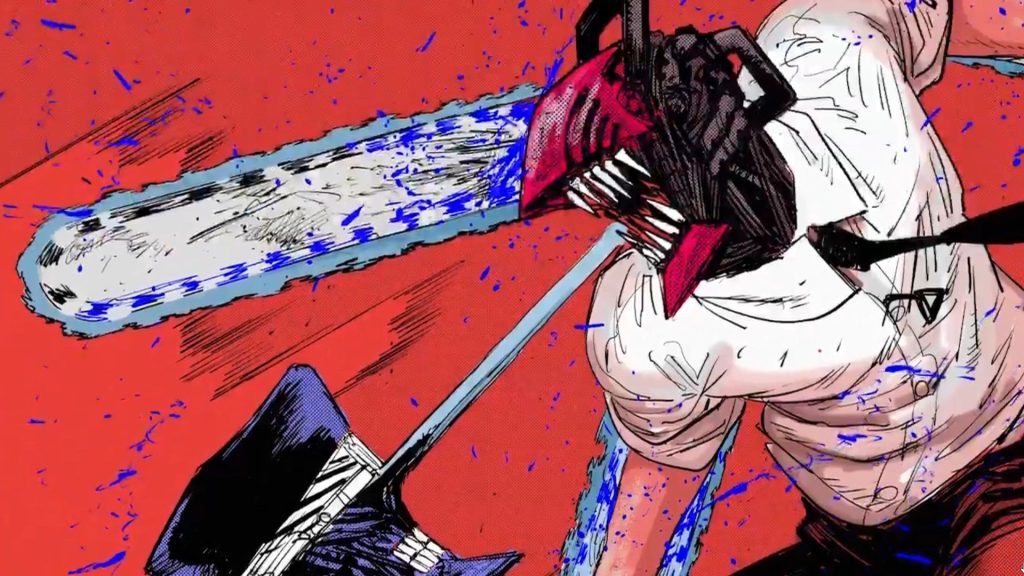 10 Most Anticipated Anime Series Of 2022 You Should Know About

Today, let’s talk about some anime titles that fans are looking forward to. These are the shows that have hordes of raving fans. They are also the cause for other works that go unnoticed. Why do these shows get the same hype as the Marvel Cinematic Universe movies? Well, because that’s how entertaining they are. These are anime that have huge fandoms on Instagram, Twitter, and Reddit. They will have people talking and arguing non-stop on Quora. They range from action to comedy, to slice of life, to horror.

Some of them will not lose the hype even after their release. A little like Spider-Man: No Coming Home, we observe them and talk about them with great interest. Some of the titles mentioned below were announced in 2021, but there is no guarantee that we will see them in 2022. A title in this one is Chainsaw Man, a shonen horror series. A little like Jujutsu Kaisen, Chainsaw Man pumped people up. It’s also a good thing that we have so many interesting titles because the next seasons of JJK and Tokyo avengers are still far away. Without further ado, let’s take a look at the list.

Uzumaki is a horror series written and illustrated by Junji Ito. It’s one of Ito’s best works, and the creeps are dialed up to an eleven. Fans had always campaigned for an anime adaptation, especially since less popular Ito works were animated. Uzumaki ran from 1998 to 1999 and is a short manga like most of his works.

The story takes place in a fictional town named Kurozu-cho. Kurozu-cho is haunted by a supernatural entity that is fixed by the spirals of all things. The main character is a teenager named Kirie Goshima, and is one of the first people to notice the strangeness of the city. Kirie and her boyfriend Shuichi reunite to uncover the mystery. But they did not know that they are confronted with supernatural elements.

The anime adaptation will be in black and white to capture the same tone as the manga. It is slated to premiere on Toonami and Adult Swim in October 2022. 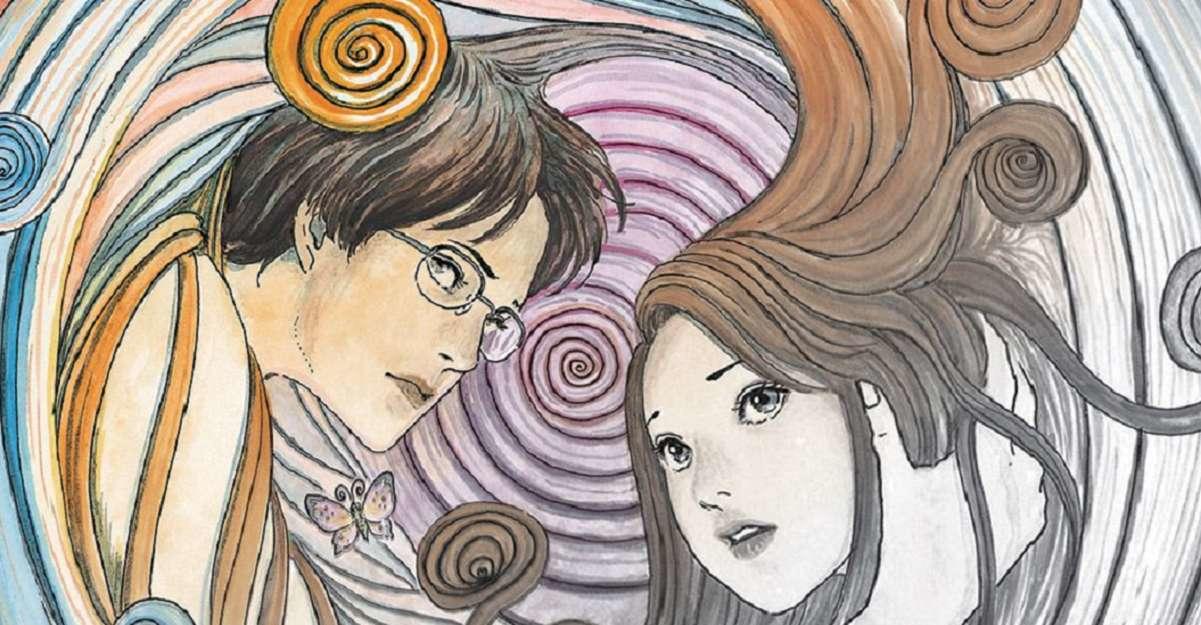 Chainsaw Man is a series written and illustrated by Tatsuki Fujimoto. It debuted in December 2018 and currently has 11 volumes. Chainsaw Man was long overdue for an anime adaptation, but now it has enough material for multiple seasons. Fans were even more excited to learn that Studio MAPPA will be in charge of the animation.

The story takes place in a world where Devils are born from human fears. The strength of a devil depends on the amount of fear he can arouse. However, the humans were not going to sit idly by. A special task force called Devil Hunters is born, but their source of power is unique. They form special contracts with the devils and use their powers. The main character is Denji, a teenager with his chainsaw devil Pochita as his companion. After a particular incident with the Yakuza, Denji is left for dead. Pochita makes a contract with him and Denji wakes up as a human-devil hybrid. His head is now a chainsaw, and chainsaw blades extend from his arms. He is spotted and hired by the Devil Hunters, in exchange for a life without prison.

Chainsaw Man is due out in October 2022.

A highly anticipated series Spy x Family belongs to the action-comedy genre. It is written and illustrated by Tatsuya Endo and debuted as a manga in March 2019. The story follows a spy tasked with “building” a family for a particular mission. He enters into a false marriage with a woman and adopts a daughter. Unbeknownst to him, they are an assassin and a mind reader respectively.

Spy x Family is jointly animated by WIT Studio and Cloverworks. It is expected to air in April 2022.

Kaguya-sama: Love is war continues to be one of the most beloved romantic comedy series. It is written by Aka Akasaka and started in 2015. It tells the story of Kaguya Shinomiya and Miyuki Shirogane, Vice President and President of Shuchiin Academy. Students who attend Shuchiin come from wealthy families or are academically gifted. And everyone is in awe of Kaguya and Miyuki. But beneath all the elegance, the duo is made up of ordinary college students who love each other. However, their pride will not allow them to confess. They soon resort to tricks that will force the other to confess.

Season 2 of the series was released in 2020, and the wait has been long. We haven’t received an official trailer yet, but the release date is known. Season 3, otherwise known as Kaguya-sama: Love is War – Ultra Romantic will be released in April 2022.

Bleach is now at the final after two decades. Title Bloody Thousand Year Warthe new series will conclude the series of Tite Kubo. Bleach tells the story of Ichigo Kurosaki, a 15-year-old boy who can see ghosts. He obtains the power of a Soul Reaper and must defend humanity from evil spirits. We’re heading into light spoiler territory here. Ichigo loses his Shinigami powers and encounters the Xcution organization. His leader Kugo Ginjo offers Ichigo the chance to learn something new – Fullbring. The new season continues the story after the one where a more exciting villain makes his way.

Bleach will also follow the fall release slate and release in October 2022.

Yes, the game was a disaster, and yes, even Keanu Reeves couldn’t save it. But we can’t label the cyberpunk franchise as a lost cause. At least Netflix doesn’t seem to think so. The streamer has teamed up with Japanese animation company Studio Trigger, for a new original series. Cyberpunk: Edgerunner takes place in the same universe as Cyberpunk 2077 and will have 10 episodes. The protagonist is a street kid who survives in a city obsessed with technology and body modification.

The exact date is unknown, but the series will air in 2022.

Another anime that has a massive fan base is Mob Psycho 100. The series comes from A punch the One writer, and it’s just really good. It’s a coming-of-age story that’s emotional, introspective, and supernatural. The manga ended in 2017 and the anime can now take its time to wrap everything up properly.

The story follows a shy middle school boy named Shigeo Kageyama. Shigeo’s nickname is “Mob”, which means “background character” in Japanese. He lacks presence and is far from being the popular kid in the class. But, he is actually a powerful esper and his psychic power is immense. Mob never cared much about his power, instead trying to improve his body. However, their world is full of dangerous spirits and people, so Mob must do what is necessary.

Season 3 is currently in the works, with no release date specified. But it will arrive in 2022.

The Rising of the Shield Hero Season 2

This isekai dark fantasy series is long overdue for a second season. The writer of the series is Aneko Yusagi and Seira Minami is the illustrator. It started in 2013 and currently has 22 volumes.

The Rise of the Shield Hero is different from normal isekai broadcasts. Its leader, Naofumi Iwatani, arrives in a parallel world for a special purpose. He, along with three other young men, is to become the Cardinal Heroes of the world. Together they must battle interdimensional monsters called Waves. The other heroes received a sword, a spear and a bow respectively. However, Naofumi obtains the Legendary Shield. He has nothing to attack. But he charts his own path and earns the title of hero.

A couple of cuckoo clocks

It’s crazy how A Couple of cuckoo clocks deserved such a quick anime adaptation. The romantic comedy comes from Miki Yoshikawa. The manga started in January 2020, as did the anime announcement. In 2022, there are ten volumes.

A couple of cuckoo clocks has a ridiculous backstory, but that’s why fans love it. It follows 17-year-old Nagi Umino who learns that the people raising him are not his biological family. As a result, he arranges a meeting with his real family. At their home, he meets Erika Amano, a popular internet celebrity. Erika has her own problems. She wants to escape an arranged marriage. Nagi and Erika then discover that their families switched them at birth. The families then want them to marry.

The anime will be released in April 2022.

2022-02-21
Previous Post: ‘Shenmue The Animation’: the shocking animated series based on video games is now viewable on Crunchyroll
Next Post: 10 Best Chibi Anime Series You Should Check Out